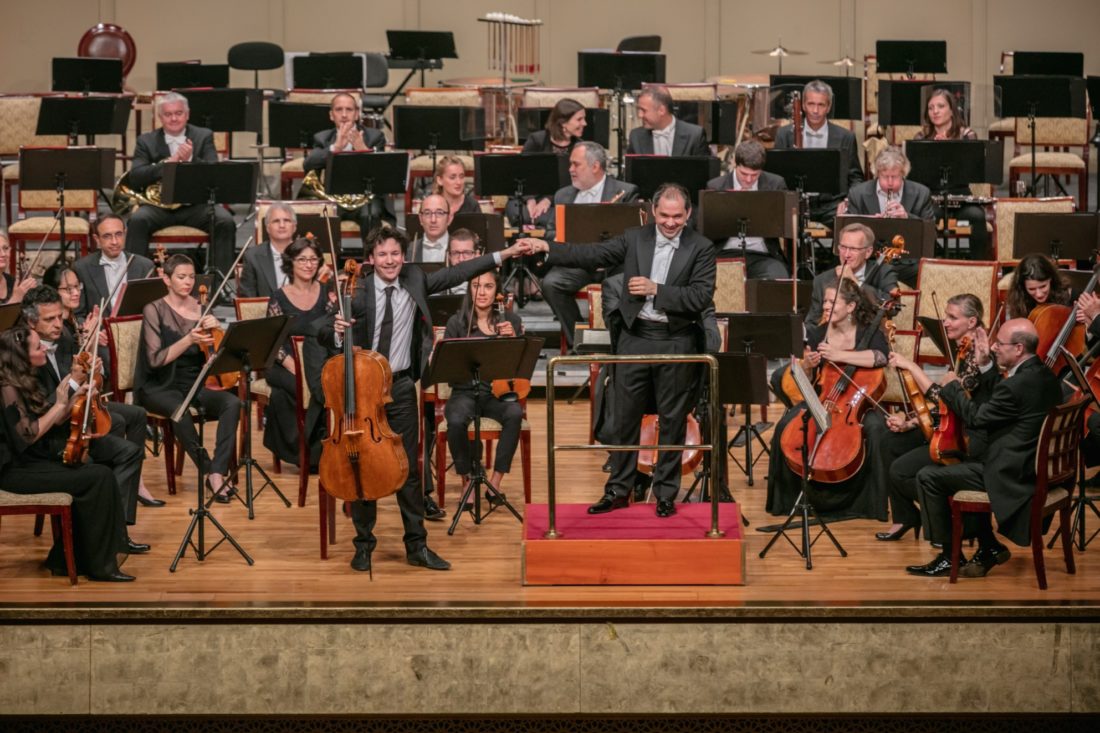 Conducted by Russian Musical Director Tugan Sokhiev and accompanied by French virtuoso cellist Edgar Moreau, the orchestra performed music inspired by the stories of a 1001 nights – the theme for this year’s programme of performances – at Emirates Palace and at UAE University in Al Ain.

The concerts brought to an end the eight-month-long Abu Dhabi Classics season which has seen some of the world’s leading musicians and orchestras perform across the emirate.

On Tuesday, school students from Abu Dhabi witnessed an exclusive performance by the orchestra at Emirates Palace before the evening concert.

The performance was attended by more than 400 students from four schools in the city: The American Community College, Honain Secondary School for Girls, Al Reyada School and Home Education Network of Abu Dhabi.